Talk to us. How can we help you?

Send Us A Message

Receive an email when we publish a new post 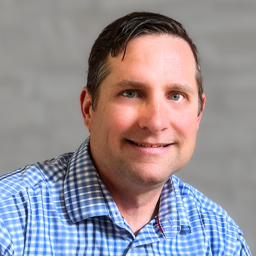 Purchasing or getting purchased? Changing domains is not a decision to take lightly.

Whether you’re a small business or a CEO of a large company, at some point you might be faced with the decision of what to do with “the other website” once a business is acquired or has been sold.

Speaking in “brick-and-mortar” terms, when you purchase an existing business you can do several things: 1) you can change the sign in front of the store (re-brand the business), 2) you can leave the current name and put a sign that says “under new management”, 3) you can do nothing and keep running the business as usual in the eyes of your customers. Regardless, the foot traffic to the business will be affected very little. If anything, depending on each customer, they will be happier, or upset, or they might not even notice.

Well, websites have “foot” traffic also, but the decision of what to do when you acquire a business that has a website, is not as easy, especially when it has hard-earned visitors.

You might not even be aware of traffic coming to a site (trust me, most people are NOT aware of the traffic to their websites), but changing the URL of the website can be catastrophic.

We recently worked with a client who had purchased a dental practice that had been around for 20 years. As a new excited owner, he immediately rebranded the business, remodeled, hired new people, and yes, he “revamped” the website, including changing the URL from www.20-year-old-business-name.com to www.newer-and-better-according-to-new-owner-business-name.com.

Oh boy. Suddenly, his calls decreased and only word-of-mouth referrals and old patients were making appointments. Without knowing, he basically “told” Google, he was no longer in business.

Moving/changing a URL is the equivalent of taking the brick-and-mortar location you just acquired, and ripping it out of the ground and putting it somewhere else (like on a different part of the planet for all that matters) – all without telling anyone you did it. So yes, your friends and family will know, and for those customers eager enough, they might be able to ask around until they find you, but for most, they’ll just go to the business next door. Sure, you can buy back the traffic with PPC, but if you had to run some numbers, you would probably see that non-paid web leads cost a fraction of what paid leads cost.

We also worked with a company that had approximately 14,000 non-paid visits a month to their website (60% of which were non-paid, so mostly organic SEO). Suddenly, the corporate parent company decided to take over their website and put it under the corporate umbrella. Almost instantly their web traffic died – and so did their foot traffic! A few months after the change, they were getting under 2000 visits per month, mostly from paid efforts. Moreover, the cost of acquisition via paid search had increased, as the move had also caused a negative impact on the quality score in Google’s eyes.

It was bad news from all angles.

For the dental practice, there had to be significant efforts taken to update all local listings, directories, site mentions (what we call local SEO), etc. Think of it as updating your credit card information when your card gets replaced, but without actually knowing any of the automatic charges that are set… and multiply that by hundreds of listings that you very likely not even known existed.

Yes, as your website ages, there are many connections (links and citations) that are indexed on the web that you don’t even know are there, and that brings legitimacy to your website in the eyes of the search engines. If you don’t update this information, you lose all that equity that was acquired through the years.

There is also content that has been indexed that if altered, or moved, will get lost unless you “notify” Google of such change. For large sites, moving a site means hours of work as each and every one of the pages moved has to be identified and reported to Google to minimize the loss on organic search traffic.

Back to my second example, prior to the corporate parent taking over the regional site, the latter was getting organic traffic from 1700-2000 different keyword terms. Within about 6 months of the takeover, traffic sources in terms of keywords had fallen to a couple of dozen.

For this company, it was devastating news. Lead generation decreased about 40% and even paid traffic could not make up for the loss.

Moving/Redoing/Changing a site and its URL (domain name) is a BIG decision. If you have to do it, you should make an assessment first and plan for such change.

Changing a site is like changing batons on a relay race. Both athletes need to be running at the same speed as they pass the baton to avoid losing speed or in the worst case dropping it altogether!

Toby is the co-founder of 39 Celsius. He has over 20 years of digital marketing experience and has started several different companies throughout his career.

Get in touch - how can we help you?